The company was founded in 1960 as Rajo Industry in Waterloo, Wisconsin in a 3000 sq. ft. facility with a handful of local employees.

In 1978, Phil Sussek purchased the company from his partners and changed the name to Sussek Machine Corporation and it began to flourish.

In 2003, Chris Sussek took the reins from his father and continued to drive the family business, tripling in size, and completing eight plant expansions increasing the company's footprint to 130,000 sq. ft., during this same period the company was also launching its China operations in Suzhou, which continues to thrive today.

In 2014, the company launched its Mexico facility, located in San Luis Potosi, which continues to provide further diversification and solutions to its customer base.

In 2019 SMC made an acquisition of Metalworking Solutions with two locations in Mexico, allowing SMC to move into both locations.

SMC's most recent expansion came in 2020 via an aquisition of Nelson Numeric in Bloomington, Minnesota. Nelson provides services primarily to the Aerospace market.

Today Sussek continues to be dedicated to increasing sales, diversifying its customer base, and investing in its equipment and its people.

Industry experts in machined parts and assemblies. Offering our customers not only superior cost, quality and delivery, but a true partnership as if we are an extension of their business. 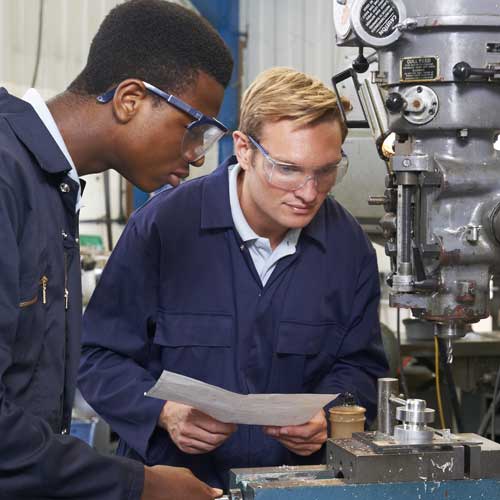 Our business success is largely the result of our reputation, and our future success is dependent on a continued reputation for honesty and integrity. We all work together to maintain and expand the Company's reputation.

Every employee is committed to acting in the highest ethical manner, projects a professional attitude and deals courteously with co-workers, customers, and the public at large, to foster lasting relationships.

People are the heart and soul of Sussek Machine Company. Our dedicated employees take pride in the quality of the product they produce and the services they provide to ensure each customer receives the best product possible.

It is through communication, teamwork, dedication and experience that we support your manufacturing needs beyond your requirements and expectations.

Serving a diverse range of industries, our global manufacturing presence and supply chain management allow us to provide an integrated solution to our customers' most critical needs.

Call us or complete a short form.

It's simple to request a quote online.